Marcus Patterson born on 8 February 1995 is a Professional Basketball Player from Bronx, New York . He played for The Sage College and currently playing for Portimonense S.C.

Marcus was encouraged by his girlfriend to play basketball at professional level . Patterson went abroad and played for the England Bucs in the National Basketball League and at the same time  obtained his masters in psychology from the University of East London. After a year He left England and moved to New Jersey with his mom, Jennifer Caldwell, grandmother, Eastdel Graham, wife, Nicole and his aunt . Marcus worked with Joe Ross, who trains people such as Brooklyn Nets star Kyrie Irving and worked his way back to shape.

In September 2019 went to play for Portimonense S.C in Portugal 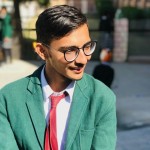